Pararhyme is the repetition in accented syllables of the final consonant sound but without the correspondence of the vowel sound. Therefore it is a form of consonance  which is also known as approximate, embryonic, imperfect, near, oblique, and slant rhyme.

Pararhyme was common in Icelandic, Irish and Welsh verse. Henry Vaughan appears to have been the first to use it in English but it was not until Gerard Manley Hopkins and W. B. Yeats that English poets began to use it regularly. Since them there have been many examples in the work of such poets as Wilfred Owen, John Crowe Ransom. T. S. Eliot, Emily Dickinson, Allen Tate and W. H. Auden.

The following well-known example of pararhyme comes from Emily Dickinson’s I like to see it lap the miles:

I like to see it lap the miles,
And lick the valleys up,
And stop to feed itself at tanks;
And then, prodigious, step
Around a pile of mountains,
And, supercilious, peer
In shanties by the sides of roads;
And then a quarry pare.

It seemed that out of battle I escaped
Down some profound dull tunnel, long since scooped
Through granites which titanic wars had groined.

Yet also there encumbered sleepers groaned,
Too fast in thought or death to be bestirred.
Then, as I probed them, one sprang up, and stared
With piteous recognition in fixed eyes,
Lifting distressful hands, as if to bless.
And by his smile, I knew that sullen hall,—
By his dead smile I knew we stood in Hell. 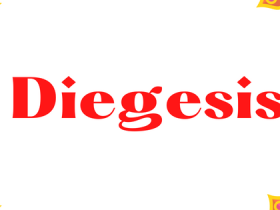