Innuendo is a figure of speech in which a thing is insinuated or hinted at, instead of being plainly stated, for the purpose of damaging one’s character or reputation.

The term innuendo has come from Latin ‘innuendo’, which means an oblique hint. It has already been seen that any reprimand becomes biting effective by indirectly taunting and exposing the weakness of the person concerned. Innuendo is the figure, that, instead of stating anything plainly increases the effect by insinuations or suggestions.

The essential features of this figure are two:
(i) A thing is insinuated or hinted instead of being plainly stated.
(ii) The purpose of the speaker is to hurt or damage someone’s character or reputation. His hostile attitude is evident in his objective.

The expression-‘He did not consult physicians, for he hoped to die without them.’ –contains a severe innuendo on physicians. The speaker in an indirect way, suggests that physicians hasten death. He has definitely a feeling of hostility.

Dr. Johnson’s famous innuendo against patrons, who profess to patronise young men, but actually neglect and treat them with contemptuous indifference, maybe a befitting example here:
“Seven years, my lord, have passed since I waited in your outward rooms, or was repulsed from your door ; during which time I have been pushing on my work through difficulties of which it is useless to complain, and have brought it at last to the verge of publication, without one act of assistance, one word of encouragement, or one smile of favour. Such treatment I did not expect, for I never had a patron before.

(i) He has been treated by four doctors, but he is still alive.
This is an innuendo. It a severe innuendo on doctors. The use of the very word ‘but’ insinuates that doctors simply hasten death.
(ii) The book needs no comment. The author is an octogenarian.
This is an innuendo. Here, the insinuation evidently is that the quality of the book is poor, and this is done by the use of the expression, ‘octogenarian.’

(iii)’ If the lawyer knew a little law, he would know somewhat of everything. ‘ -is a perfect innuendo, for it is insinuative of the lawyer’s ignorance of his own profession, together with other things,

(iv) My friend arrived, and my book was missing.
This is an innuendo. The insinuation is that the friend stole the book.

(v) I do not lock my doors at night, because I have no servant.
It is suggested that the servants are generally thieves. So it is a perfect example of innuendo

(vi) He was born of rich but honest parents.
Here The use of ‘but’ insinuates that the rich are generally dishonest.

(vii) I shall not speak anything of the painting. What a splendid frame!
In this case, the insinuation is that the painting is bad. 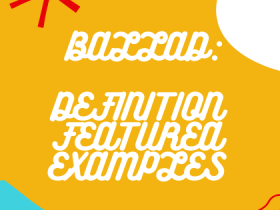 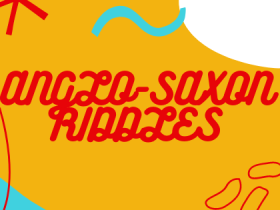