George Crabbe (1754–1832) was an English poet. He was born in Aldeburgh, Suffolk. He was apprenticed to a doctor and during that time, in 1775, he published Inebriety, a derivative but vigorous poem on the evils of drink. During his apprenticeship, he met Sarah Elmy (the ‘Mira’ of his poems and journals), whom he married ten years later. He then began to practice as the parish doctor in Aldeburgh, meanwhile writing, reading, and studying botany.

In 1780 he determined on a career in writing and went to London, where he became almost destitute before he was generously befriended by Edmund Burke. On Burke’s advice, and with his literary help, he published The Library (1781), a poem in the manner of Pope containing the author’s reflections on books and reading.

Burke introduced Crabbe to influential friends, including Charles Fox, Joshua Reynolds, and Samuel Johnson, and encouraged him to take orders. In 1781 he became curate at Aldeburgh, then from 1782 to 1785 was chaplain to the Duke of Rutland at Belvoir, where he found stimulating company and leisure for writing. In 1783, after advice and revision from Burke and Johnson, he published The Village, a poem in heroic couplets which established his reputation and made plain his revulsion from the conventions of the pastoral and the myth of the Golden Age, painting instead a grim, detailed picture of rural poverty and of a blighted, infertile landscape, described with a botanist’s precision.

In the same year, he married Sarah Elmy, and in 1785 published a satirical poem on the contemporary press, The Newspaper. In 1807 appeared a volume containing his previous works, some new shorter poems, The Parish Register (which revealed his gift as a narrative poet), and another, atypical, narrative in 55 eight-line stanzas, Sir Eustace Grey, set in a madhouse, in which Sir Eustace relates the tale of his guilt (he had killed his wife’s lover in a duel) and his subsequent demented hallucinations. Alethea Hayter, in Opium and the Romantic Imagination (1968), relates the peculiarly vivid dream descriptions to Crabbe’s opium-taking, a habit he had adopted in 1790 on a doctor’s recommendation.

In 1810 he published The Borough, a poem in 24 letters’ in which he illustrates the life of a country town (based on Aldeburgh), and which includes the tales of ‘Peter Grimes’ and ‘Ellen Orford’. This was followed in 1812 by Tales in Verse. In 1813 Sarah died at Muston, after a depressive illness, and Crabbe began to visit London more frequently. In 1814 he was appointed vicar of Trowbridge, and in 1819 published Tales of the Hall, a series of varied stories. He visited Walter Scott in Edinburgh in 1822 and became his friend. He died in Trowbridge and much-unpublished work was found, some of which (for instance ‘The Equal Marriage’ and ‘Silford Hall’) was published in a collected edition in 1834; later discoveries appeared in New Poems, ed. A. Pollard (1960).

Throughout the upheaval represented by the Romantic movement, Crabbe persisted in his precise, closely observed, realistic portraits of rural life and landscape, writing mainly in the heroic couplets of the Augustan age.

Lord Byron called him “Nature’s sternest painter yet the best, Scott called him ‘the English Juvenal’, and he was the favourite poet of Jane Austen.

Also read: A short note on the contribution of precursor of Romaticism 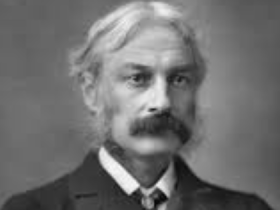 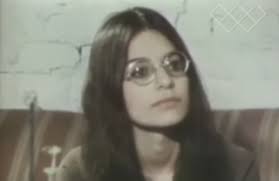 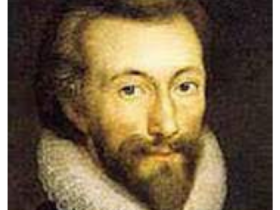 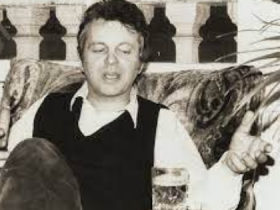