“Fallacy of expressive form” is a term adopted by R. P. Blackmur (1904-65) from observations made by the poet and critic Yvor Winters (1900-68). Winters wrote of the ‘heresy of expressive form’ apropos Coleridge’s concept of organic form and gave the view that it was not possible or desirable artistically to express or describe the disintegration of a belief or a civilization in a chaotic form.

For example, he thought that James Joyce’s Ulysses (1922) was ‘disintegrated’, whereas it should have been disciplined and integrated. Critics pointed out that the transformation of inchoate material into the apparently chaotic was a matter of appearances, the result of the art that conceals art.

T. S. Eliot’s poem The Waste Land (1922) was not actually chaotic; it only appeared to be. The fallacy of expressive form refers to the ideas that if a poet feels with sufficient intensity then this will be enough to create a successful poem. But, if a poet depends only on inspiration, then this will not be adequate. He or she must also judge,
compare, analyse. 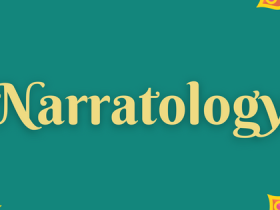