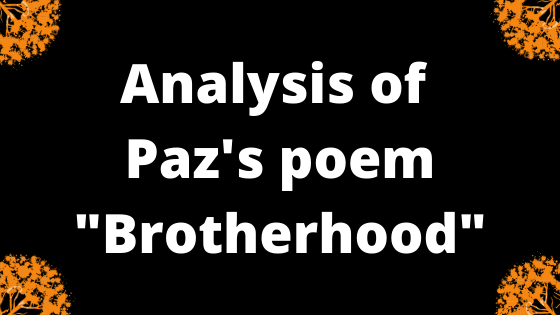 In the poem, the speaker is an  ‘everyman’ who links himself/herself with history and continuity of time. Standing under the starry sky, the speaker realizes his/her position in the vast universe. His/her earthly existence is finite and bound by time. Human life is very short but the surrounding universe is enormous. Looking up at the night sky, he/she watches the stars that act as our destiny.  Intuitively, the speaker realizes that his/her life is likely to be predestined. At this moment of self-realization, only a reader of fate spells his/her destiny out.

The opening line, ‘I am a man: little do I last’, focuses on the temporal-existential predicament of man. Life of an individual is nothing but a finite lapse of time. But the universe that surrounds an individual is enormous like the night sky. The world of the speaker, like the stars that rhythmically move and shine and write, is a concert of calls and answers. Reason fails to explain this.

By reading the poem, a reader can recreate the world installed by the poem. The reader can decode the truth hidden in the rhythmic-poetic language of the poem. In comparison to the size and lifespan of the universe, the human being is so tiny. The poet also conveys the truth that human knowledge regarding the world around us is very little. Thus, the poem highlights the realisation that the universe is so great in comparison to human existence on earth.

Title: The title, “Brotherhood”, leads us to think that the poem is about the brotherly relationship within a national or religious community sharing something in common. But in the context of the poem, the title indicates the idea of a relationship that binds everything in the universe organically. The poet or the speaker acknowledges a superior power that shapes our existence. Human beings can understand that cosmic force bound all of us. But they can neither explore the truth nor explain the cosmic force because of lack of knowledge. This cosmic force governed and regulated our life and existence. In this sense, the universe and humanity are intertwined and hence all shared brotherhood. The title focuses on the relationship between different entities that work organically. So the title is appropriate.

In all, the poem, “Brotherhood” exposes Paz’s predicament of the human existence and the insignificance of a person in comparison to the vastness of the universe.

A short note on the poem Morgante maggiore by Luigi Pulci

Summary and critical analysis on the Anglo Saxon poem The Phoenix

A short note on the epigraph of the poem “Marina” by T.S.Eliot

Discuss the autobiographical element in ‘Tintern Abbey’ by Willilam Wordsworth