Anglo-Saxon poetry extends over a large field and covers numerous poetical forms such as epics, heroic poetry, lyrics, elegies, riddles, and so on. and bears out potency as well as variety. Anglo-Saxon poetry also possesses certain distinctive features. Those features form its essence and give it a specific character.

In the first place, Anglo-Saxon poetry is extremely social in its content. It is, in fact, a kind of social document for primitive, Teutonic life. Beowulf, the greatest of non-Christian Anglo-Saxon poems, contains a vivid picture of the primitive Teutonic life and society, as also the high ideals of the primitive community. The frequency of feuds among tribal chieftains and warriors, the unfailing loyalty of the followers to their leaders, the generous liberality of the princes to their friends and loyal followers, and other features of that Heroic Age are amply marked in this great epic. The Battle of Maldon and The Battle of Brunanburh also bear out such features and ideals. The Ruined Burg contains a graphic account of the earliest specimen of primitive towns, whereas Widsith presents much of the details of primitive courtly and communal life. Even Anglo-Saxon Christian poetry well expresses the simple, deep Christian faith of the newly converted people.

The second remarkable feature of Anglo-Saxon poetry is its idealistic outlook. Both the Christian and the non Christian types of poetry are essentially idealistic. Apart from the holy idealism of Christian poetry, Anglo-Saxon heroic poetry is found to express the lofty idealism of chivalry and self-sacrifice for the worthy and noble purposes of life. Beowulf and The Battle of Maldon, as also The Lives of Saints, may be specifically instanced here.

The third notable feature in Anglo-Saxon poetry is the excellence of descriptions. The picturesque representations of different elements-the sea, the battlefield, the royal court, the ruined city, and so on -are well marked in pagan as well as Christian poems. Beowulf contains some of the gems of descriptions in Anglo-Saxon poetry. The elegies, like The Ruined Burg, The Seafarer and The Wanderer, contain a number of graphic and vigorous images. The richness of Anglo-Saxon descriptive art is also borne out in two remarkable Christian poems- The Dream of the Rood and The Phoenix. It is, however, the description of the scenes of battle that constitutes a cardinal matter in Anglo-Saxon heroic poetry.

Another noticeable feature in Anglo-Saxon poetry is perceived in love for nature. Of course, Anglo-Saxon poets are not philosophers of nature. But their poetry bears out their sincere interest in nature, as pagan believers, spectators, and painters. Here, again, the poems, like The Wanderer and The Seafarer, as also some of the riddles, may be mentioned. In this respect, love for the sea and sea-faring life may be emphasized in particular. The sea is found to be a vital element in a good many early poems, such as The Wanderer and The Seafarer. All this well represents the English love of nature which is found today a very important feature in English poetry.

In this connection, one more feature in Anglo-Saxon poetry need to be noted. This is the strain of melancholy that runs all through Anglo-Saxon poetry in a greater or lesser measure. In fact, a gloomy atmosphere and a sad sense of despondency pervade all over Anglo-Saxon poetry, secular or Christian. This melancholy mark is noticed not merely in elegiac poems but also in such heroic poems as Beowulf and The Battle of Maldon. In Anglo-Saxon Christian poetry, including The Lives of the Saints and The Dream of the Rood, a plaintive mood predominates.

Lastly, Anglo-Saxon poetry has a characteristic technique of its own in versification. It has, in the main, alliterative and irregular verses. The employment of assonance, the use of synonyms, and the presence of metaphorical expressions are quite common. Anglo-Saxon poetry has a musical quality also, although this is rather restrained and lacks in metrical variations.

Also read; Character of Beowulf in the Epic Poem “Beowulf” 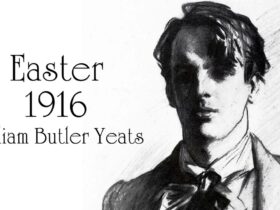 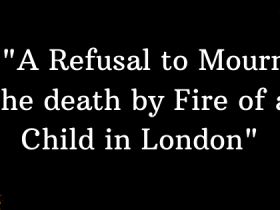 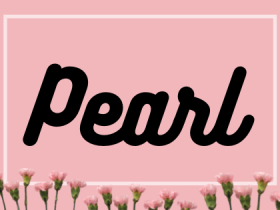